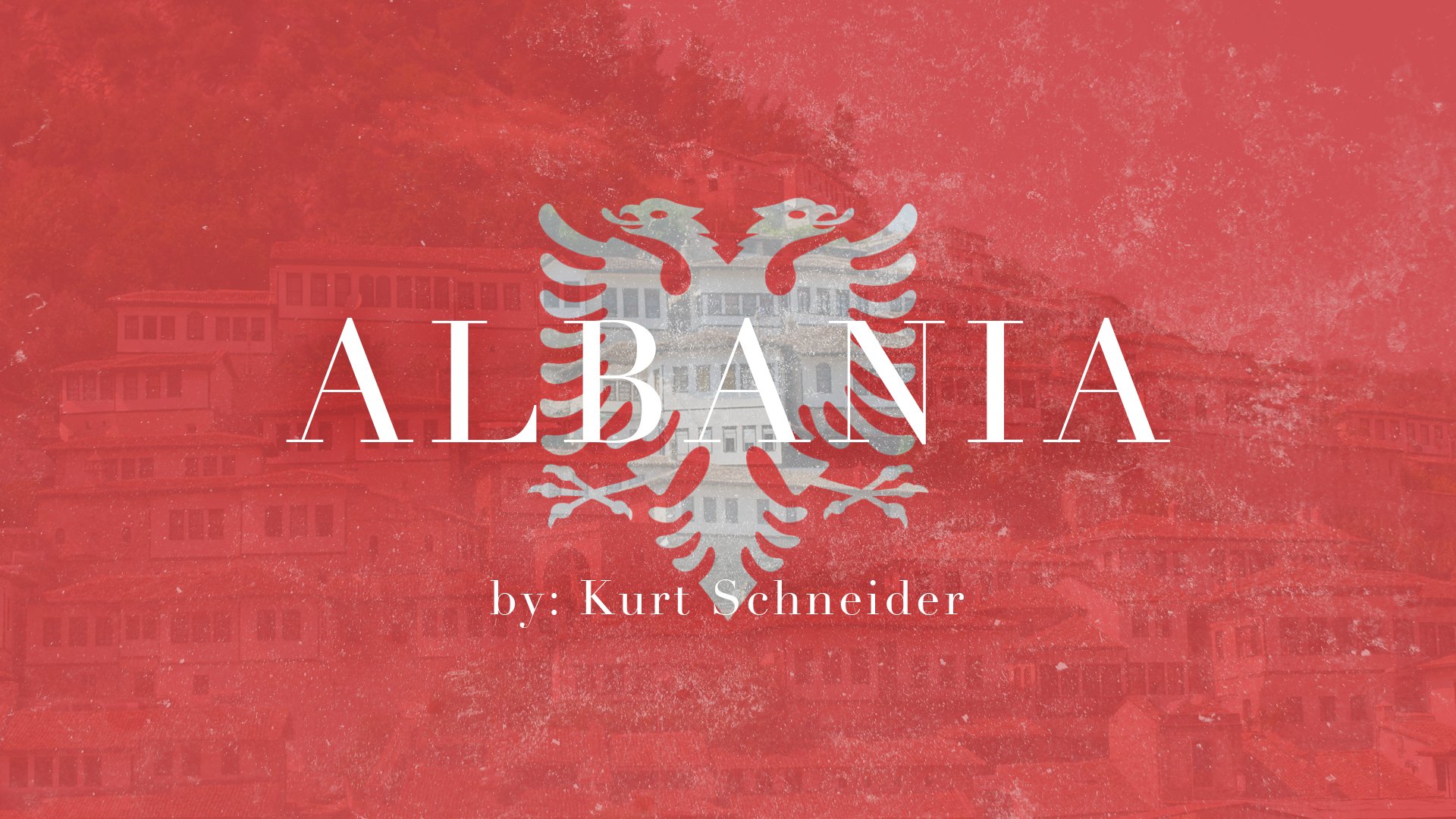 “Come, follow Me, and I will make you fishers of men.”

Several months ago, my wife Renee and I were asked if we would be interested in spreading the gospel to kids in Albania. Wow! It came out of nowhere. “Can you go to Albania?” Jeff Isaacs, our senior pastor, asked. I looked at Renee, and she looked back at me. We didn’t need to pray about it, or take time to think about it, or even take time to talk it over with each other. We knew immediately that this is where we had to be. This is where we were going to go “fishing for men”- or, in this case, kids.

And we were not alone when it came to this particular where and when moment in our walk with Christ. I knew beyond a shadow of a doubt exactly who I wanted to join us on this journey for Christ. Within a day of hearing about this opportunity to bring the gospel to kids in Albania, I approached Ryan and Candy Samaniego, who have been on numerous mission trips to places such as Haiti and Colombia. I didn’t think they would be available since they were in the middle of preparing for a mission trip to Haiti. But, again, they didn’t need to pray or think or talk. They knew they were supposed to go with us. And so, we had the beginnings of a team.

Then along came Tabitha Jones, who really felt this is what God wanted her to do. The problem is that we actually had a full team. Besides the Sameniegos and the Schneiders, there were four others committed to going. But, as with everything else on this trip, God’s hand was apparent. For varying and legitimate reasons, the other four had to back out of the trip, which left a place for Tabitha, who suddenly found herself off the waiting list and on the mission team.

From the moment our trip began, no matter where we went, things happened that revealed God’s hand.

A key component of our trip was worship, but my guitar never made it to Albania. In fact, it never even made it to Italy. It was floating somewhere far, far away. So I had to break the news to our sponsor, Pino, that we had no music. It just so happened, he said, that a regular missionary had left his guitar in Lecce, Italy and we could use it. The same missionary also left a cajon (a south american box drum) behind. Ryan is a drummer and now we had a drum. So, we went from no guitar to a guitar and a drum. If my guitar had reached Italy, we would not have had the drums, which proved to be a vital part of worship in Albania. But God knew exactly what music we were to play.

Another key component to anything we do is communication. Here is about all we could say in Albanian – Naten e mire, falemindirit, ckemi, mire dite – good night, thank you, what’s up, and good day. And yet we communicated beautifully. One night, we were coming back from dinner, walking down the dirt road that led to our rooms up the hill. Waiting for us at the bottom of the hill were about 15 kids and their moms. They wanted to take pictures and hang out with us. How cool is that? If we had spoken Albanian, I don’t think our communication would have been so rich. But God knew exactly what language we needed to speak – the language of His love.

You see, each day we would spend three hours in Elbason, a vibrant and bustling large city, doing a VBS. In the evening, we would go to Gostime, a dusty and slow rural village, and do another two hours of VBS. We basically lived in Gostime, which is defined by its dirt roads and horses and wagons. I mean, it has modern amenities, too, but what stuck out to me was the simplicity of dirt roads, horses, wagons and kids on the street. The point I am making is that we spent two hours each evening doing VBS in Gostime with kids that could not understand anything we said. And yet, God had forged relationships that matched those we could find here in our own church. We had kids waiting for us on the street corner, waiting to walk with us to the old school grounds  where we played games each afternoon, hanging out after VBS was over for the night just to be with us a little while longer. If we had been in Elbason, the big city, I don’t think those relationships would have blossomed. But God knew where we needed to be each night.

I could go on and on, but all I really need to say, is that five Americans spent two weeks together, spreading the gospel to kids in Albania, many times without using a single word. In my opinion, the most important aspect of this mission was the way our team interacted, not just with the kids, but with each other. We were in tight quarters all day: we rode with six or seven others in a hot taxi each morning and afternoon from Gostime to Elbason and back, we slept together in a boarding house on top of a hill with no air conditioning at night, we ate in a small restaurant down the street from our boarding house each night, we spent hours each afternoon in our interpreter Mondi’s backyard with several chickens, eating pasta from Pino, our sponsor. And never had a cross word toward each other, never had an argument or a disagreement on how we were going to do this ministry. God took five people, molded them into one and gave them one purpose – reach these kids.

“I planted, Apollos watered, but God gave the growth.”

I don’t know that we completed the great commission of Matt. 28:19, but I do know we planted the seeds, Mondi and Pino will water, and God will give growth. That is all God asked us to do, and that is all these five Americans, who knew nothing about Albania, did.